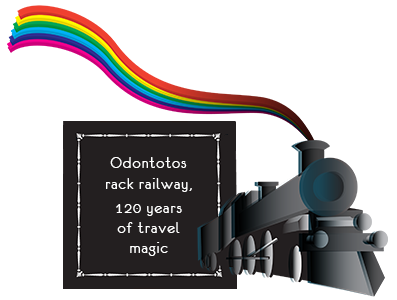 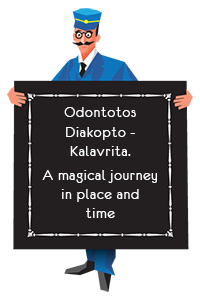 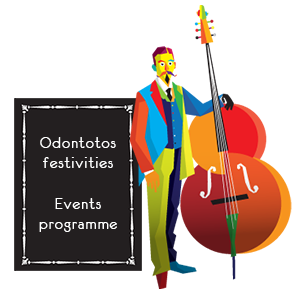 Artists find inspiration by the route Diakopto – Kalavrita and the Vouraikos canyon, where nature is art and history unfolds, where technology does miracles and the soul is at peace.

The place, where Giannis Spiropoulos, a “classic of the abstract”, produced his first paintings, and Dionisis Papagiannopoulos, “the prince of theater and cinema”, debuted at the school-theater.  This is Vouraikos canyon, the place where contemporary artists find their inspiration.

Is it the sound of the canyon? Is it the train whistle?

Thus, we celebrate the inspiring canyon with wonderful events for the train, for the environment and for the art, on May 2017 at Vouraikos with Odontotos.

An enjoyable proposal for May 2017

Enjoy a daily walk at Vouraikos with Odontotos.

Choose the days which serve you best and check the train schedule with the special ticket prices. Communicate with the organization body for the Environmental briefing at Kalavryta, the visit at the Museum, the information on Odontotos at Diakopto and the meeting for the artistic exhibition at Diakopto and Kalavrita.

Offer by ΤRΑΙΝΟSΕ for May 2017: Odontotos special ticket prices for students.

b) For all the event days, from 13 to 21 May and for 27 and 28 May, all trains of the line Diakopto – Kalavrita – Diakopto, student groups of 6 persons and above: will be charged 3.60 euros for a single trip and 20 euros for a return ticket.

Offer by ΤRΑΙΝΟSΕ for May 2017: Odontotos special ticket prices for other groups.

b) For all the event days, from 13 to 21 May and for 27 and 28 May, all trains of the line Diakopto – Kalavrita – Diakopto, visiting groups of 6 persons and above: have a 30% discount to the overall cost of the journey.

A few words for the students and visiting groups

a) «The history of Odontotos».

Offers: The «Association Friends of Odontotos». // Place: Mechanical workplace and Infocenter Diakopto. // How: Direct communication of the interested with the Association for the date and time.// Contact: Giannis Karapanagiotis , President of the Association, tel. 6973.346903, www.odontotos-club.gr

b) «The Canyon Chelmos-Vouraikos and the biodiversity of the geological park».

Offers: The Administrative Division Chelmos – Vouraikos. // Place: Exhibition area of the Division, 35 Agiou Alexiou Street, Kalavryta. // How: Direct communication of the interested with the Division for the date and time. // Contact: tel. 26920.29140, Monday-Friday  09:00-14:00, www.fdchelmos.gr

All presentation are free of charge. 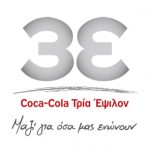